The concept of speed as an advantage is not new. Over the course of 700 years, the Romans built and maintained a system of roads extending over 55,000 miles to enable speedy communications and the quick movement of troops and supplies across the vast expanse of their empire.

Our perception of time and speed has been shaped and confused by technologies. A person might say they live five minutes from town, but is that calculated by walking, riding a bike or driving a car.  In the roman era, their military calculations were determined by a standard measurement on how far and fast soldiers could walk on a well built roman road carrying their equipment.  It was about 20 miles.

Digital technologies compresses our perception of time and space while expanding our expectations of what can be accomplished in a given time period. We expect to complete the equivalent of one hour of shopping in a supermarket in five minutes online.  These changes significantly impact the way businesses must operate in a digital era to compete and remain relevant.

In a shareholder letter from a few years ago, Jeff Bezos identified one of Amazon’s key competitive advantages as high-speed decision-making.   In one research project I worked on, many of the participants were from technology and consulting firms.  As a group they identified the pursuit of speed as a key motivation for digital transformation.  In particular, those surveyed identified the following areas of need:

• Speed going to market – with new products and services

When asked about the biggest challenges their customers were facing with digital transformation, respondents in one study I worked on identified speed (or lack of speed) issues: legacy systems (too slow), iterative approaches (too slow), technologies evolving too fast to react (response was too slow), grappling with which technologies to adopt and how to build a business strategy (too slow).  The consensus among the technology leaders surveyed was the biggest mistake business leaders were making was – moving too slow.

The speed with which an organization can change directions – its agility – is critical to success in a fast changing digital world.  As one executive said, “Digital transformation requires the ability to act and react quickly.”  The lack of organizational agility has real consequences. “We missed opportunities,” said another executive. 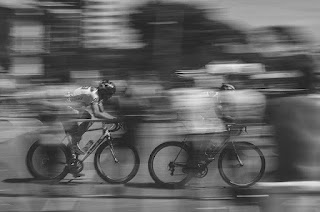 Agility doesn’t happen by accident. An agile organize must be purposefully developed to act and react with speed to changing market conditions and consumer behaviors.  Agility requires a business model, platform and ecosystem with the right organizational culture, and IT infrastructure capable of responding with speed.

Fast-changing customer behaviors were identified as a top motivation for digital transformation.

Consumers today are changing their habits and behaviors at an extraordinary rate.  An executive we interviewed said, “Our customers’ expectations are always three or four steps beyond us…we are always behind.”

Businesses today must measure and track the speed and pace of changing consumer preferences and behaviors, and align resources and priorities to ensure they are transforming, if not at the same pace, at least at a pace ahead of their competition.

***Full Disclosure: These are my personal opinions. No company is silly enough to claim them. I work with and have worked with many of the companies mentioned in my articles.

Leadership Advice from a Futurist

Precision as a Competitive Advantage

Giving Our Own Moral Codes to Robots

Starting at the Finish Line with Artificial Intelligence

The Future of Climate Risk with Expert Stephen Bennett

The Fastest-Growing Mobile Opportunity in 2022

The Council for Digital Intelligence: An Optimistic Futurist

The Council for Digital Intelligence: The Future of Safety